Barricaded but not broken 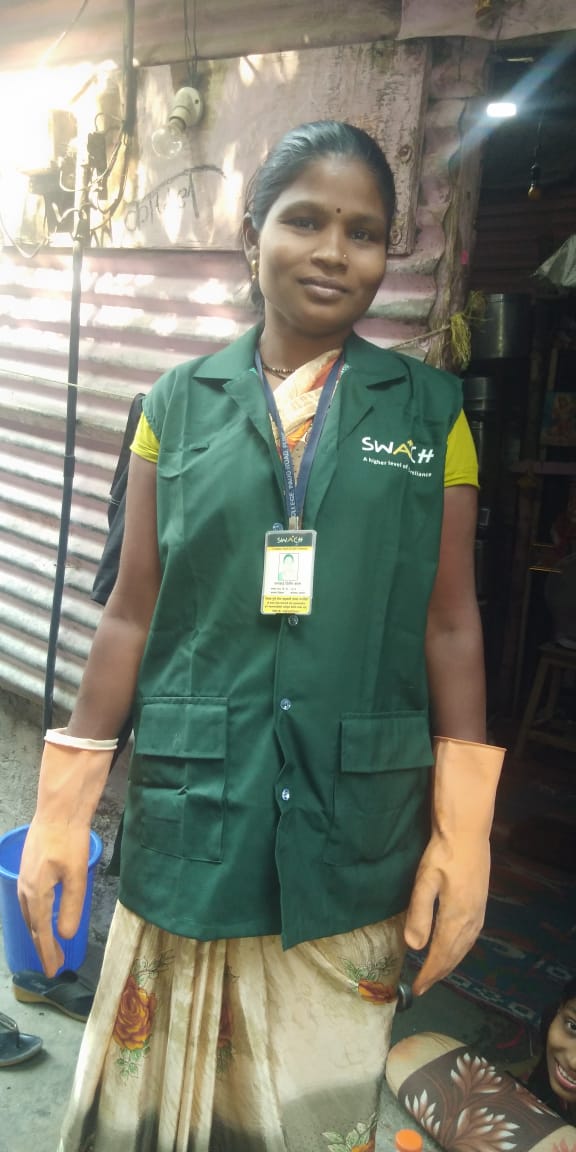 Barricaded, but not broken – Jana Dilip Kadam continues to service a slum.

For the past 5 year Jana Dilip Kadam has been collecting waste from every household in the winding, often narrow and densely populated lanes of the Kelewadi vasahat near Paud road. It was not easy to start with as residents did not initially understand the need to pay user fees, her sustenance for doing this work. “It took months for them to see the benefits of having their waste removed and the impact it had on their health and wellness’. Even when citizens would pay, it would be pay as you go or have money to do so and yet she built a relationship and camaraderie with the residents and continued to collect waste. A resident of Lokmanya Vasahat, Shastri Nagar herself, it was not very far by bus, especially early in the day, when her work started.

At the start of the pandemic despite fears of vulnerability, glitches in permissions and lack of regular transport, Jana resigned herself to walking the distance from her home to the place of work and while she felt the heat beating down as the days got warmer, it still was a job she had to do. Today however, the collection story is even more poignant. Kelewadi has barricades everywhere, so she cannot take the push cart, which though heavy still was a blessing as she lugged all the waste. Now, armed with large 80 litre buckets and mother bags, she is jumping over hurdles and pushing the waste along. She walks up and down the vasti to collect waste from 300 households and brings it out to her pushcart over the barricades. “We are in our work jackets, gloved and masked in this scorching heat and it is extremely exhausting to walk with such a lot of waste. We have been trained to be careful with waste and it takes three or 4 trips just to ensure it is safely handled and at the feeder point to be handed over to the PMC” she says. “It is my responsibility to keep the city clean, as piled up waste can give rise to more health emergencies”.

With a family of 5 to keep afloat, and the dues dwindling as residents themselves throw up their hands at their inability to pay, Jana has tried to get rations from the nearby ration shop with little success. The rations and PPE from SWaCH/ KKPKP has helped but ‘We hope for continued support from citizens’ she ends.